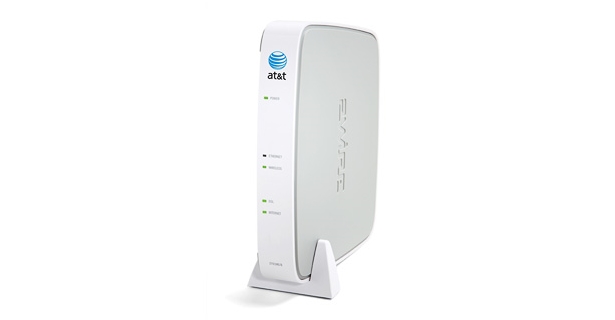 This issue is one that began long ago, when ISPs realized customers were asking for ways to connect multiple computers and have WiFi.  You see, years ago, companies such as Comcast, Brighthouse, AT&T, etc. would bring out a modem and that’s it.  With a modem, you’re unable to share the Internet connection with multiple computers/devices and you don’t have a firewall, WiFi, etc.  This meant you had to go and purchase your own router.

This is when more “all-in-one” devices started showing  up, instead of installing a modem-only device.  On paper, this seems great!  It’s your modem, firewall, and WiFi, all in one *convenient* box.  The problems though, are many:

On a daily basis, we receive calls from clients whose AT&T all-in-one gateway is “down,” yet is powered-on, and for all intents and purposes, is functional.  If their Internet service went out the night before or if the AT&T device just stops responding, their internal network is now down and their consignment software dead in the water.  Power-off and power-on the device and things are back to normal.

With Comcast devices, in addition to the majority of them being left wide open @ default passwords and open WiFi networks, we’ve seen multiple instances where network traffic that functions as expected through a ‘standard’ router, is blocked when routed through a Comcast gateway.  I don’t know how many times store owners have been unable to access their consignment software vendor’s servers, only when they’re connecting from a Comcast connection.

If your local ISP offers a modem-only device, always choose that option.  In addition, if they offer a modem-only device, then you might be able to utilize your own modem and not have to pay a fee for the same device.  After the modem, should be a reliable, capable router.  We are very picky about which devices we recommend and we’re not keen on advertising which routers to utilize, so if you have any questions about which hardware to utilize, feel free to contact The Computer Peeps – there is no charge for consultations.