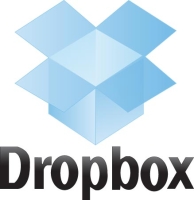 Dropbox is a fantastic application.  Dropbox lets provides you with one, simple folder in your My Documents folder.  Anything you put in this folder is *magically* uploaded to your online Dropbox account.  Install Dropbox on multiple computers, and anything you put in your Dropbox folder will be synced across all of your computers/devices.

We’ve been using Dropbox since they launched the service back in 2008 to keep important travel documents, files we frequently work with, etc. in-sync across all of my devices.  It’s great when you can pull out your smartphone and grab a document you need while you’re on the road.

The benefits to using Dropbox are:

The drawbacks to using Dropbox are:

For consignment software backups stored in a secure, off-site location, Dropbox can come in handy.  Install Dropbox at home and your daily consignment software backups will automatically arrive on your home computer, long before you get home.  Dropbox should NOT however, be utilized as “backup software” and instead should be utilized for the convenience of synchronizing files between multiple computers.  Dropbox by design, is file-sync software.

As we discussed in the SugarSync article, not all consignment programs use the same backup methods.  Since ConsignPro does not have a backup path option, you cannot tell ConsignPro to backup to your Dropbox folder.  It’s for this reason that we do not recommend Dropbox for ConsignPro users.