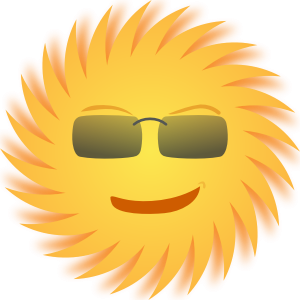 It’s technically still Spring, but step outside down here in Florida and you’ll think differently.  And it’s only getting hotter!

While humans might like a little time in the sunshine, computers do NOT like heat.  Heat is the enemy of a computer.  All too often, computer owners let days turn into months and eventually, a perfectly fine hard drive crashes and burns – along with your important data.

Don’t let a small issue turn into a very costly catastrophe.  Here are a few quick tips to help extend the life of your computer(s):

Summer is right around the corner, but your computers would prefer it be Winter all year long (save the static electricity).  Keep them cool and you can prevent serious issues, such as hard drive failures.

One thought on “Overheating”