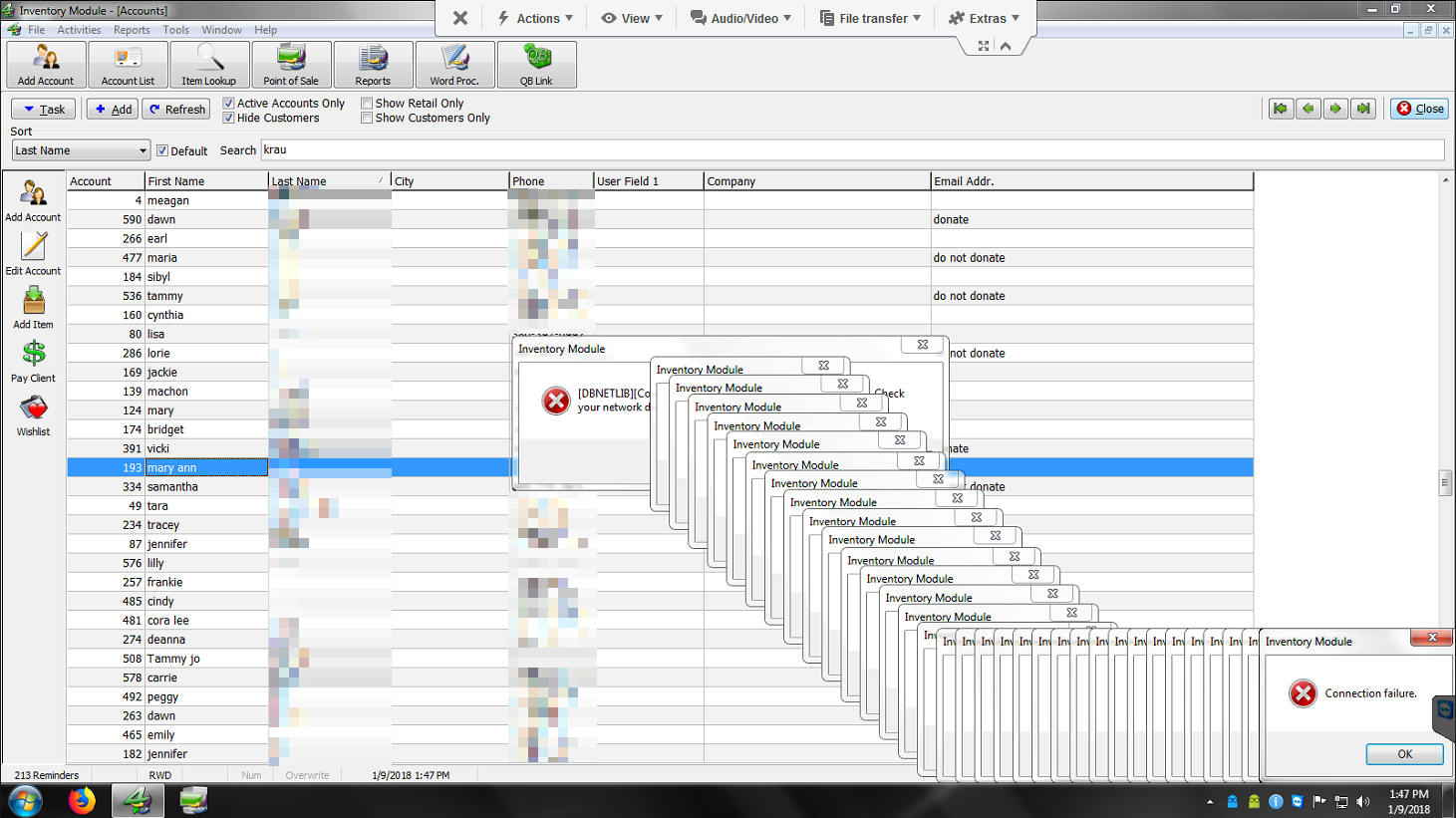 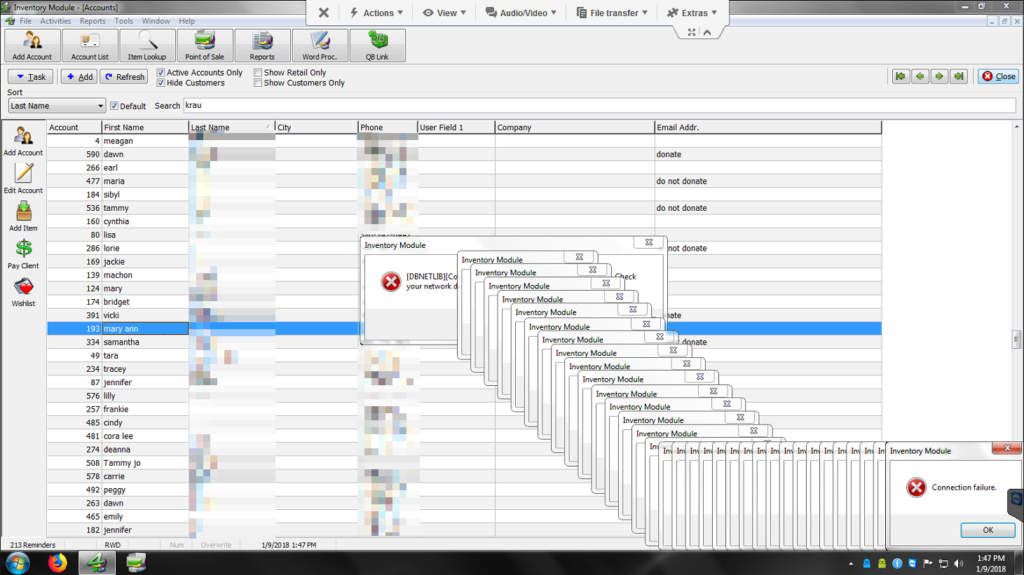 When this happens, the customer feels their entire system is frozen/stuck — and it seems like it to them.

This is happening on the ‘server’ computer, so it’s not on a networked workstation connecting across the network.  So why is this happening?  Liberty utilizes MS SQL Server for its database management system — that’s a good thing.  Programs communicate with SQL servers like that using *network protocols*.  I’m not going to bore everyone with the technical details, so the important takeaway for consignment store owners running Liberty is, your router that was put in by your Internet Service provider, can break Liberty and cause this issue over and over again.

Case in point, this customer who just called and is using a Comcast all-in-one router.  So even though it’s not a networked computer, it’s still ‘using’ the router for network communication/network traffic.  Pull that router out of the mix or disconnect this computer from the router and this issue won’t happen.

First, to get out of this quickly, we’ve written an application for our customers that allows them to quickly Kill Liberty so they can close it out and get back up and running without having to reboot: 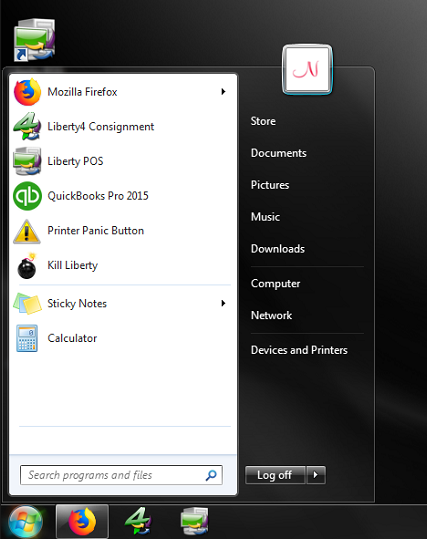 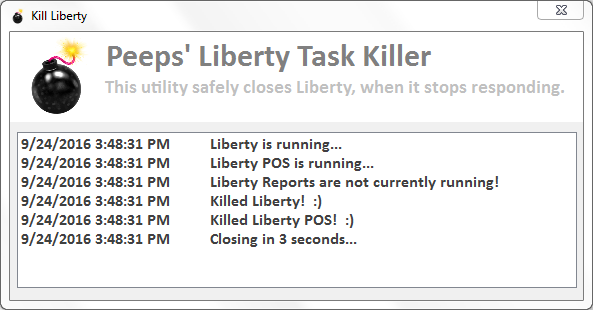 The kill portion isn’t a jab at Liberty — killing a process is the name of ending a program that’s running and needs to be forced closed.

You can do this from the command line or create a .BAT file with the following in it:

It’s much quicker to kill a task than it is to do ctrl + alt + delete, click the Processes tab, find each of those .EXEs, click them, and click End Process.

Second, we recommend getting rid of your ISP-provided router and using your own, separate modem, as well as your own router.  This makes for a much cleaner, controlled, predictable environment.  So everything from PCI Compliance, to keeping programs running smoothly, to keeping employee phones on their own WiFi network, there are multiple benefits to using your own modem and your own router.

We typically recommend the Arris Surfboard modem and an Asus router, usually something in the ‘RT’ range of models.

Should Liberty pop-up those messages over and over again?  We don’t think so — a Timer.Stop event right before the MessageBox alert would improve this behavior.  We’re not Liberty and we focus our efforts on our Peeps’ consignment software.  Our goal is to help our customers that are still using Liberty and the best we can say is, you’ll help avoid this issue (and others), by not utilizing your ISP’s router.