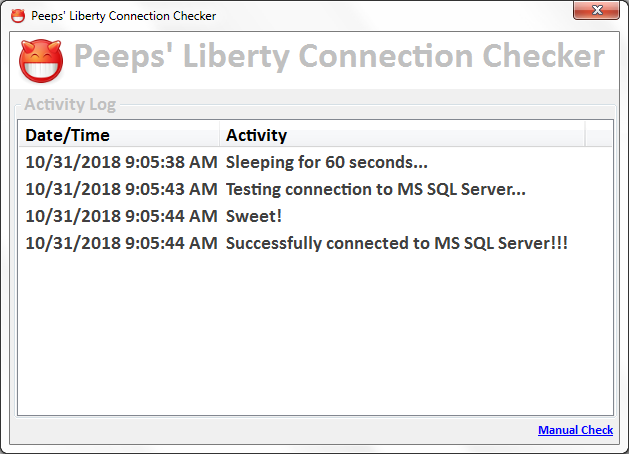 Liberty Consignment unable to connect to database is a common issue with Liberty. 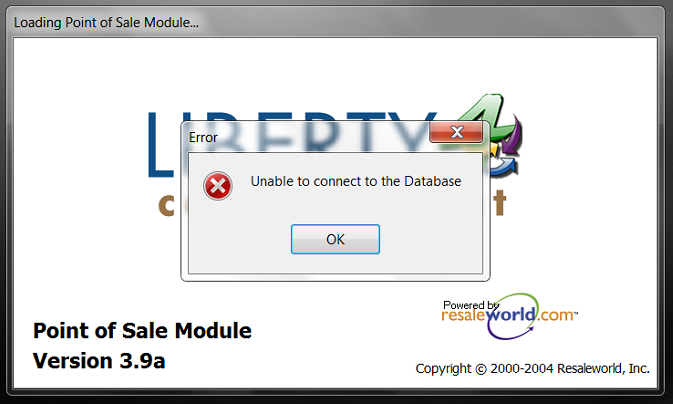 Sometimes, simply rebooting can fix this.  That might not always work — sometimes you might have to reboot twice.  Reboot twice!?  Yes, reboot twice.  Microsoft SQL Server is a Microsoft product, so Windows Updates can impact it.  If updates have impacted it, rebooting doesn’t mean everything’s done — that’s when updates actually install.  Then, there’s post-update processing when you first log-in.  Once this has finished, reboot again, and you’re back to *normal*.

There can also be times when rebooting isn’t going to help:

For Peeps’ customers and the systems we monitor, knowing if our stores’ systems can connect to MS SQL Server and if Liberty will be up and running for them when they open, is critical.

For customers on Peeps’ Support, we’ve learned over the years, that you can check all you want @ making sure MS SQL Server is up and running — that does NOT mean Liberty (or anything) is actually able to connect to the database.

So after having stores call-in and report they’re unable to open Liberty — even though we monitor to see if MS SQL Server is running — we wrote our own, redundant monitoring software that actually tries to connect to the database — Peeps’ Liberty Connection Checker: 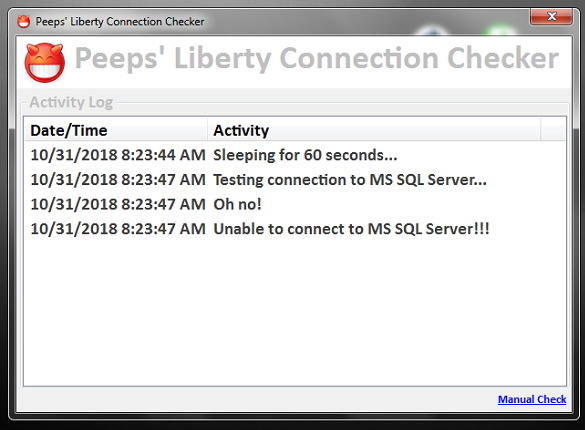 This guarantees us that our stores on Liberty, will be able to run Liberty when they get in.  If it can’t connect, we’re alerted, as is the store:

Liberty isn’t perfect and Liberty doesn’t check these things for you.  Two simple things Liberty could do to minimize your support costs: