This is one of the most common ConsignPro support calls we receive.  The ConsignPro settings file (cp.ini) is the second-most important file that you should be backing-up on a daily basis.  If this file “goes missing,” ConsignPro will not load.

Why did this file go missing?

The most common reasons are:

This file is manipulated by ConsignPro (cp.exe) when you close at the end of the day.  The ConsignPro executable tries to rename that file to cp2.ini and then make a backup of that file named cpini.bak.

That activity can seem suspicious to antivirus programs and while ConsignPro is not a malicious program, some of the actions it takes can make it appear as though it is.  When ConsignPro goes to rename that file and “work with it,” antivirus programs can see that as malicious behavior and they can delete/quarantine the cp.ini file.  This is why it’s very important to select the right antivirus program and to properly configure it.  The Computer Peeps recommend ESET Nod32 Antivirus.

This tends to happen more often after you update, because the file has a different signature than before AND it’s being manipulated by an executable program.  So for those of you who just updated to the latest version of ConsignPro and your antivirus program has been going nuts all week, now you know why.

What we do NOT recommend doing, is installing the “New Ini” file from the ConsignPro website.  All you’re doing is sweeping the issue under the rug by installing that and asking for another unlock code.  Why waste your settings with a blank file, when you can restore your previous backup?  Your cpini.bak file can be restored, even if it’s not the one from *yesterday*.  Your cp.ini file could possibly still be in the ConsignPro directory, named cp2.ini.

If you just throw on a program such as Carbonite and tell it to backup your entire ConsignPro folder, you are going to generate collisions.  Automatic backup programs can try to work with the files as soon as there’s an update/change to them.  If ConsignPro is trying to work with the file at the same time, a collision occurs and this can result in file deletion or incomplete file names/renames.

If you would like The Computer Peeps to setup a solid, reliable, compatible, and straight-forward backup system WITH email notifications AND automatic end-of-year ConsignPro backups, give us a call at (888) 374-5422 or send us a message via our Contact Us page! 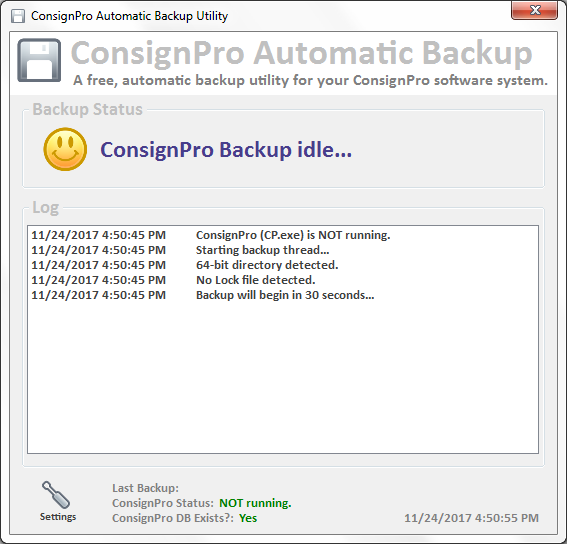 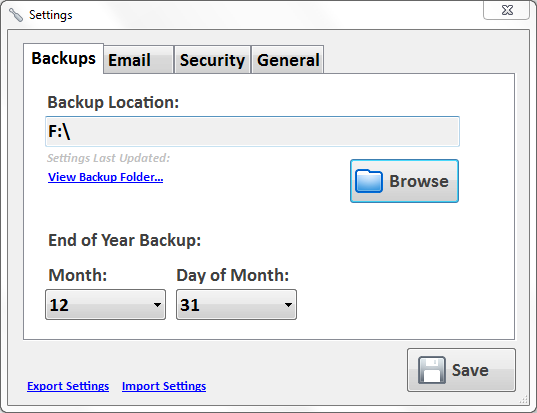 I wanted to post a follow-up to this, because it’s not just antivirus that’s causing this, nor does the change Brian made @ moving settings in to the database prevent this.

ConsignPro tends to ‘crash’ at the end of the day, when you’re closing the program.  The program will show Not Responding, which is usually when the person closing will click with their mouse again, which only makes it look even *more* frozen:

The following morning when the store opens, is when the person opening for the day will run into the ConsignPro settings file was not found error: 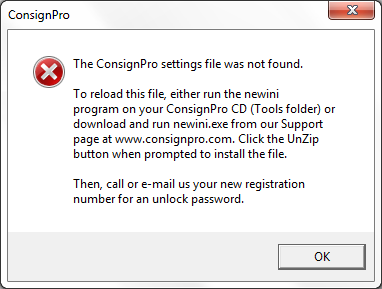 Which, I’m not sure why Brian chose to rename this file before copying it — it’s too many extra steps.  VB can copy a file and rename it in one swoop:

We’ve written our own application that checks our clients’ cp.ini file every morning and alerts if it’s not there, if cp2.ini exists, etc.

2 thoughts on “Why Does My ConsignPro Settings File Keep Getting Deleted?”