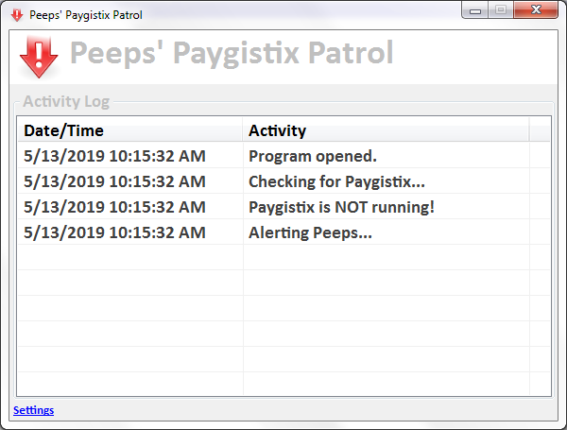 If you run Liberty consignment software and use Payment Logistics as your credit card processor, Liberty requires a separate piece of software be running in order to process payments — i.e. Paygistix. If it’s not running, Liberty will not alert you when you try to process a payment.  Instead, it’ll fail with Error 500 and no clue as to what you should do/why this is happening: 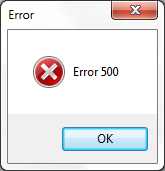 So for stores on Peeps’ Support, I monitor for this and proactively detect if/when it’s not running:

Why does it tick me off that the “many heads” at Resaleworld don’t think about stuff like this?  It’s not because they can’t, it’s because they consistently don’t.  So it means either they intentionally don’t want to, or, they’re just not thinking about things in a way that helps their users.  Neither are viable reasons.

It’s basically one line of code to see if a Process is running or not: 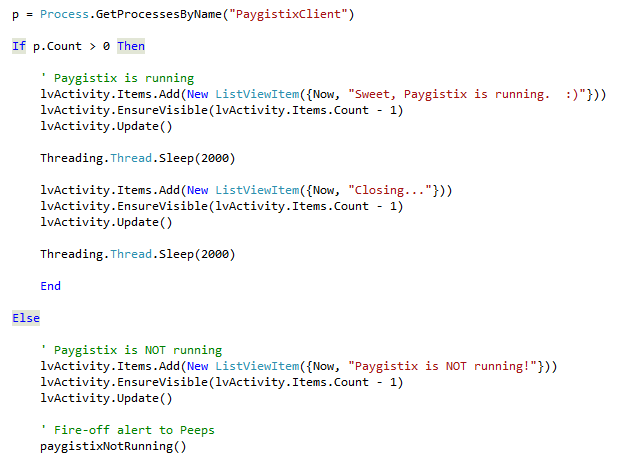 Shoot, even if they just wanted to take the lazy way out (which I’d expect the “big company” they are to not do), they could just provide a clearer message and try to start it for you:

It’s that experience, that made me add this to Peeps’ Software so consignment and resale stores running Peeps’ Software, have a more-reliable system and aren’t left wondering if that separate program (either NETePay for BluePay or X-Charge for OpenEdge) is running: 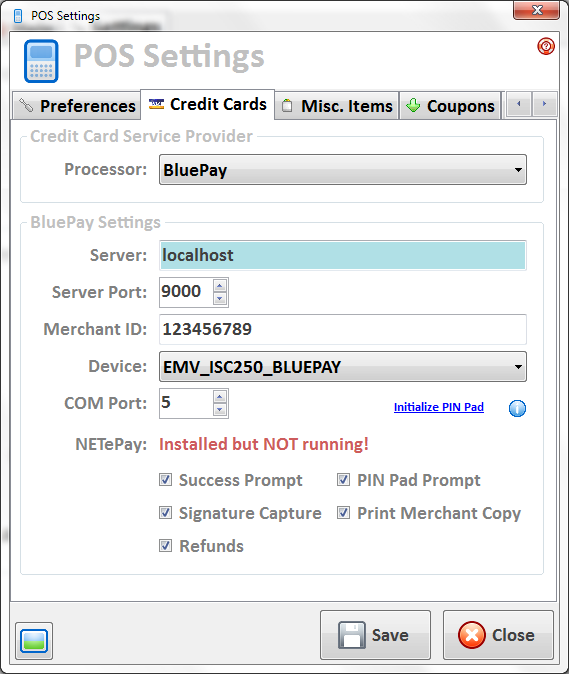 It makes my software provide a better experience for my customers and it makes their lives easier.  Their experience when using my software, is a reflection on me — and I take that really seriously.

Resaleworld has had years to prove they think like this, but year after year, they prove they don’t — they aren’t proactive.  If they do add this, it shows A) they’re paying attention to what I’m saying, and B) they agree with what I’m saying.

As long as it makes users of their software run into fewer issues, it’s a win-win, but it’s the fact that they consistently don’t do things that prevent issues, that frustrates me…so much so that I wrote our own consignment software, so I can make my customers’ lives easier.